Demand of rights wither without respect for duties

Geetanjali BanoriyaDepartment of Mass Communication and Journalism in collaboration with Mocking Birds and AALI organized a play titled 'Indian... 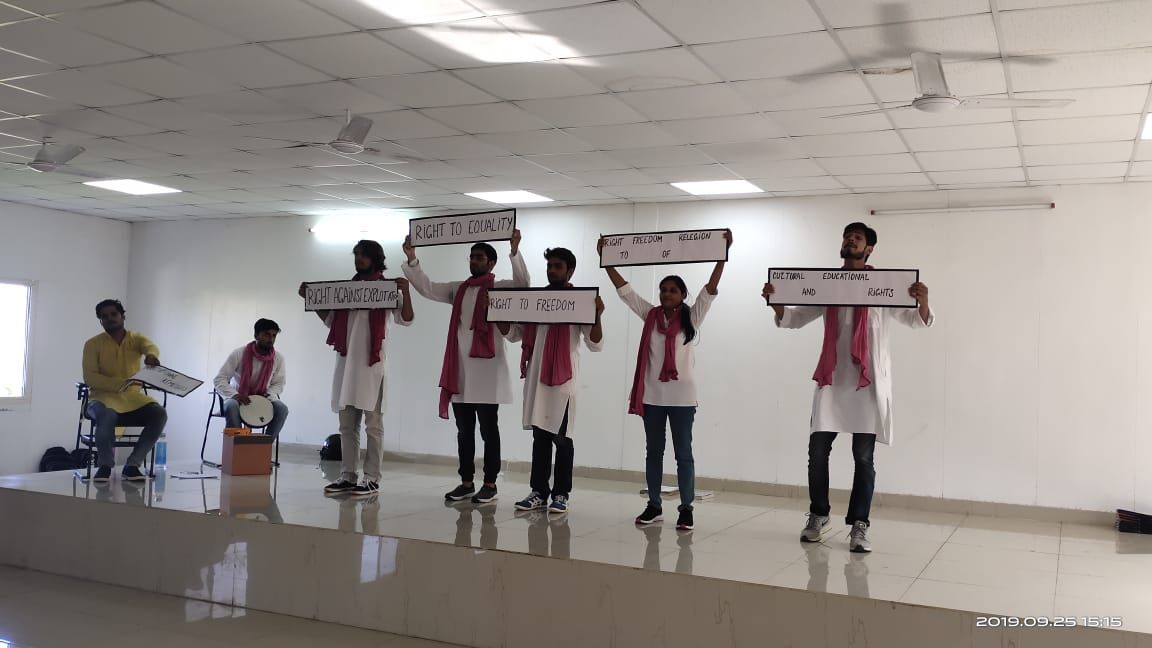 Geetanjali BanoriyaDepartment of Mass Communication and Journalism in collaboration with Mocking Birds and AALI organized a play titled 'Indian...

Geetanjali Banoriya
Department of Mass Communication and Journalism in collaboration with Mocking Birds and AALI organized a play titled 'Indian Constitution' on 25th September at 3 pm in the DMCJ hall. The play was based on the rights given in Indian constitution and basic human rights for the individual.

The play started with the clapping of the students as the artists started the play with a patriotic song. Mr. Shubham Tiwari and Mr. Bharatendu Singh were the director and writer of the play respectively.

The play portrayed the rights of the citizens of India and in particular talked about the rights of women. The play highlighted the gender based discrimination frequently practiced in the Indian society.

Head of department Mr. Govind Ji Pandey along with other faculty members and staff were present and appreciated the play. Later on an interactive session was held where the AALI members answered questions raised by the students.

Divya, Student of DMCJ said, It was a great initiative and It brought my attention towards the issues, that we, as a part of society tend to ignore.
Himanshi, student of DMCJ said, The effort made by the team made a real impact and inspired me to write some good scripts on the same issue.