'Ek Chumma' of Housefull 4 all set to make a bang 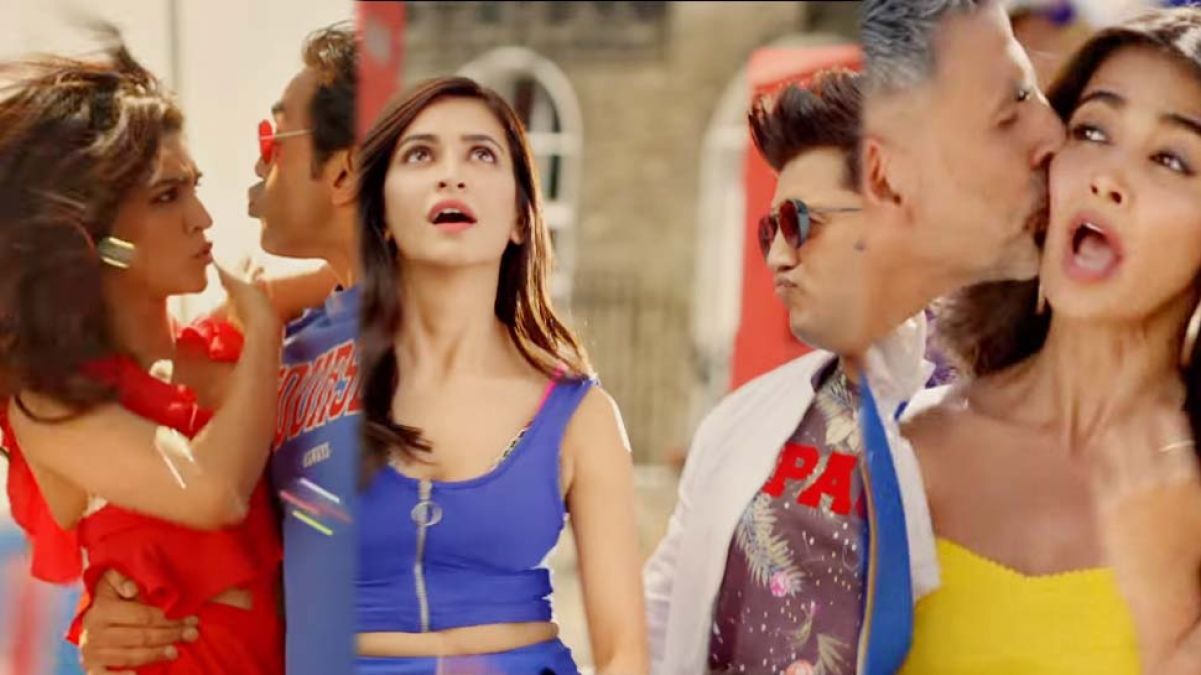 Purnima singh
After launching the trailer of housefull 4, the makers have unveiled the film's first track 'Ek Chumma' , today. The song stars akshay kumar, Riteish Deshmukh, Bobby Deol , Kriti Sanon, Pooja Hegde and Kriti kharbanda and opens with the imensely talented actresses on the screen. 'Ek Chumma', choreographed by Farah Khan and is composed by Sohail Sen. The track is sung by Sohail Sen, Altamash Faridi and Jyotica Tangdi. Here are some interesting facts about the making of the track...The song was shot entirely in the united kingdom at five different locations across London. Around 750 people and 600 dancers were a part of the crew that worked together to shoot this number and make it a big hit. The movie is all set to do a blast and promises to be a diwali dhamaka that the viewers can look forward to .