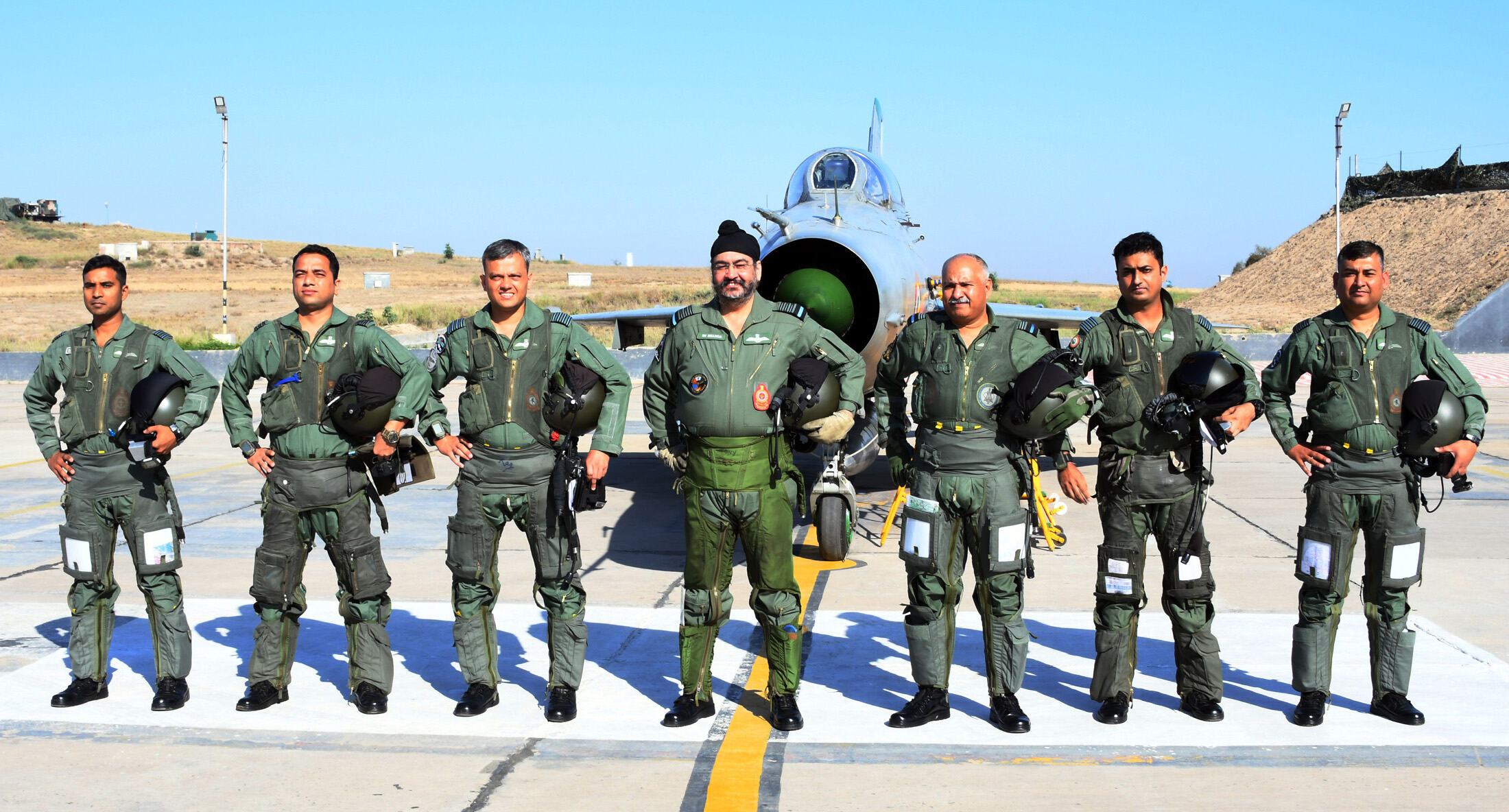 Air Chief Marshal BS Dhanoa PVSM AVSM YSM VM ADC, Chief of the Air Staff, led a four aircraft, MiG-21 'Missing Man' formation flypast today, at Air Force Station Bhisiana, to honour the valour and supreme sacrifice of men killed in action during Operation Safed Sagar at Kargil. Air Marshal R Nambiar PVSM AVSM VM & Bar ADC, Air Officer Commanding-in-Chief Western Air Command a Kargil veteran,was also a part of the formation. The 'Missing Man' formation is an aerial salute accorded to honour the fallen comrades-in-arms. This is an Arrow Formation, with a gap between two aircraft in the formation depicting the - Missing Man. Later, in a sombre ceremony, he laid a wreath at the War Memorial to honour the IAF men who made the supreme sacrifice in the line of duty.

It was on this day in 1999 that, Squadron Leader Ajay Ahuja VrC (Posthumous) laid down his life during the Kargil conflict. He was at that time the Flight Commander of 17 Squadron.

On the 28 May the CAS will visit Air Force Station Sarsawa and fly in a Mi-17 V5 Missing Man formation to commemorate the Kargil martyrs. It was on 28 May 1999 that we lost a Mi-17 helicopter after successfully attacking the enemy in Drass sector. Squadron Leader R Pundhir, Flight Lieutenant S Muhilan, Sergeant R K Sahu and Sergeant PVNR Prasad died in action in that Mi-17 helicopter.