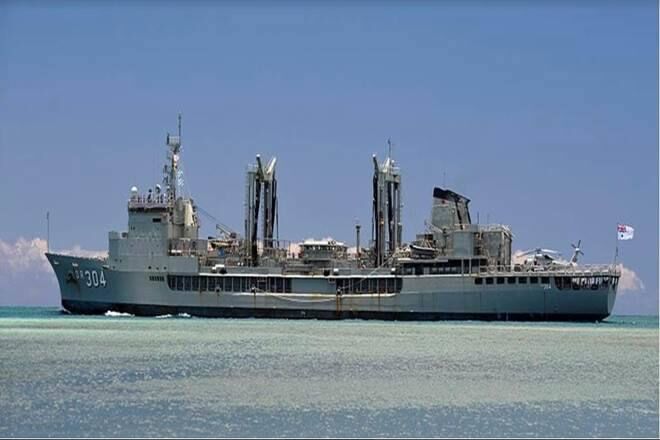 Her Majesty's Australian Ships(HMAS) Canberra (L02), a Landing Helicopter Dock, Newcastle(06) and Paramatta(154), both frigates and Success(OR 304), a Durance-class multi-product replenishment oiler along with HMAS Collins, a conventional submarine arrived Visakhapatnam to participate in the third edition of Australia – India Maritime Exercise, AUSINDEXon02 Apr 19. The bilateral maritime exercise is aimed to strengthen mutual cooperation and enhance interoperability between the Royal Australia Navy (RAN) and Indian Navy (IN) by providing opportunities for interaction and exchange of professional views between the personnel of the two navies.

The third edition of AUSINDEX scheduled from 02 to 14 April 19 would involve exercises in all three dimensions with focus on Anti Submarine Warfare (ASW) and shall be held in three phases. The harbour phase from 02 to 07 April at Visakhapatnam – ‘the City of Destiny’ shall witness professional interaction in the form of Subject Matter Expert Exchange (SMEE) for sharing best practises, cross deck visits in addition to sporting, social and cultural engagement. Operational planning conferences towards the smooth conduct of the sea phase shall also be held during this period. The sea phase from 07 to 11 April shall be held in the Bay of Bengal. This shall be followed by a second harbour phase from 12 to 14 April during which debrief and setting up of goals for the next edition of AUSINDEX, which is likely to be hosted by Australia in 2021 – would be discussed.

During AUSINDEX-19, RAN would be represented by HMAS Canberra, an Amphibious Assault Ship; HMAS New Castle and HMAS Paramatta, both frigates; HMAS Collins, a conventional submarine and HMAS Success, a replenishment tanker. While the ships are embarked with MRH-90 and MH-60R helicopters, this year, the Australian version of P8A and ASW helicopter would also be participating. The IN would be represented by INS Ranvijay, a multi-role destroyer, INS Sahyadri, a multi-role stealth frigate, INS Kora, a missile corvette, INS Kiltan, an ASW corvette and INS Sindhukirti, a conventional submarine. In addition to embarked helicopters such as Seaking Mk 42B and Chetak, the aviation component of the IN shall include Dornier maritime patrol aircraft, Hawk Advanced Jet Trainers and P8I ASW aircraft. The sea phase of this year’s edition is being conducted under the command of Rear Admiral Suraj Berry NM, VSM, Flag Officer Commanding Eastern Fleet. The RAN maritime assets would be headed by Rear Admiral Jonathan Mead, the Commander of the Australian Fleet.

The number and variety of units participating in the bilateral exercise is the highest till date from both navies and signifies the importance attached to the exercise by both countries while the enhanced complexity is indicative of the interoperability between the two navies. The current exercise will contribute towards consolidating bonds of friendship across the seas.