Stats are asked to be ready for South West Monsoon

The Union Home Secretary Shri Rajiv Gauba has called on the States and Union Territories to step up their preparedness by advance planning and... 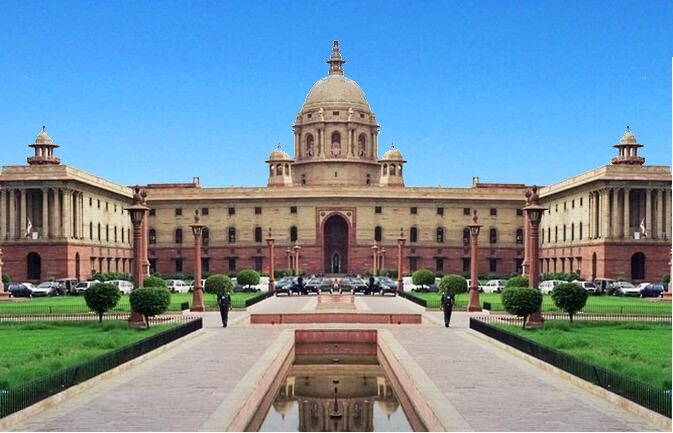 The Union Home Secretary Shri Rajiv Gauba has called on the States and Union Territories to step up their preparedness by advance planning and...

The Union Home Secretary Shri Rajiv Gauba has called on the States and Union Territories to step up their preparedness by advance planning and deployment of human, physical and financial resources ahead of the monsoon season. In his inaugural address at the annual conference of Relief Commissioners/Secretaries to review Preparedness for South West Monsoon-2019, he said that the Centre would provide all possible assistance under the National Disaster Relief Fund (NDRF) and the State Disaster Relief Fund (SDRF) besides mobilization of Central Forces. Shri Gauba said the Centre had released more than Rs. 7,000 crores under SDRF and an additional Rs. 10,000 crore under NDRF last year to the States for Disaster Relief.

He called upon the States to undertake capacity building of urban local bodies, State Disaster Response Force, Fire Service and Civil Defence since they are the first responders during a calamity. He urged the States to increase coverage of farmers under the Pradhan Mantri Fasal Bima Yojana crop insurance scheme to provide immediate relief to farmers in the event of natural disasters.

During the recent Cyclone Fani, Shri Gauba said loss of human lives was minimal due to accurate and early weather forecasting by India Meteorological Department (IMD) and timely mobilization of resources besides better coordination among Centre, State Governments and other relevant agencies. Commending the excellent work done by various agencies in mitigating the hardships caused by Cyclone Fani, he asked the States to further improve their capabilities to be able to effectively handle the disaster situations.

Citing a UN Report, the Union Home Secretary said disasters had caused economic losses of US $3 trillion globally during the last two decades. India alone suffered losses to the tune of $80 billion during 1997-2017. Stating that our country is prone to various kinds of disasters, Shri Gauba called for building Disaster Resilient Infrastructure as a long term measure to minimize the economic losses.

The Union Home Secretary said the Government has sanctioned additional Battalions of National Disaster Response Force (NDRF) and new Battalions are being set up in J&K, Himachal Pradesh, Uttarakhand and Delhi NCR.

Speaking on the occasion, Director General, IMD, Dr. KJ Ramesh said India has set a new benchmark in Disaster Risk Reduction as demonstrated during the recent cyclone Fani. IMD is in the process of building the most advanced Early Warning Weather System in coordination with various stakeholders, he added.

In his address, Dr. DN Sharma, Member, National Disaster Management Authority (NDMA), said that India has been able to reduce deaths due to natural disasters substantially. While 385 people had died last year due to natural disasters, the figure came down to 195 this year. He said the NDMA has come out with the Urban Flood Management Plan in 2015, which can serve as a template for tackling monsoon flooding. The NDMA provides Rs. One Lakh to each district to conduct mock disaster prevention and awareness exercises.

Director General, National Disaster Response Force (NDRF), Shri SN Pradhan said prediction, prepositioning of resources and proactive partnerships among various stakeholders are crucial for effective countering of natural disasters. He said the NDRF is committed to optimum deployment and will work in close coordination with the States to tackle various disaster situations.

In his opening remarks, Shri Sanjeev Jindal, Joint Secretary, MHA said the annual conference on monsoon preparedness has been extended to two days for the first time to allow for a comprehensive planning ahead of the monsoon season. The conference is being attended by relief commissioners of State governments and Union Territories and officials of IMD, Geological Survey of India, MHA, Defence Ministry and Central Water Commission.